Now with added SSL from letsencrypt

I’ve had SSL available on my site for some time using startssl, but as the certificate was expiring and requires manual renewal, I though it was time to try out letsencrypt. I’m a huge fan of the idea of letsencrypt, which is trying to bring free SSL encryption to the whole of the internet, in particular all the smaller sites who might not have the expertise to roll out SSL or where a cost might be restrictive.

There are a lot of scripts for powering letsencrypt, but getssl looked the best fit for my use case as I just wanted a simple script to generate certificates, not manage apache configs or anything else. It seems to do a pretty good job so far. I swapped over the certificates to the newly generated ones and it seems pretty smooth sailing.

After leaving IBM I’ve joined Pace at their Belfast office. It is quite a change of IT sectors, though still the same sort of job. Software development seems to have a lot in common no matter which industry it is for.

There’s going to be some interesting learning, things like DVB are pretty much completely new to me, but at the same time it’s lots of Java and C++ with similar technology stacks involved. Sadly less perl, but more Python so maybe I’ll learn that properly. I’m likely to work with some more interesting Javascript frameworks, in particular Angular.js which should be fun.

The job is still Software Development, and there should be some fun challenges with things like allowing a TV set top box to do on demand video content when all you have is a one-way data stream from a satellite, for instance, which make for some interesting solutions. I’m working in the Cobalt team which deals with a delivering data from the TV provider onto set top boxes, so things like settings, software updates, programme guides and on demand content and even apps. Other teams in the office work with the actual video content encryption and playback and the UI the set top box shows.

The local office seems to be all running Fedora, so I’m saying goodbye to Ubuntu at work. I already miss it, but hopefully will find Fedora enjoyable in the long term.

The office is on the other side of Belfast so is a marginally longer commute, but it’s still reasonable to get to. Stranmillis seems a nice area of Belfast, and it’s a 10 minute walk to the Botanical gardens so I intend to make some time to see it over lunch, which will be nice as I really miss getting out as I could in Hursley and its surrounding fields.

After nearly 10 years with IBM, I am moving on… Today is my last day with IBM.

I suppose my career with IBM really started as a pre-university placement at IBM, which makes my time in IBM closer to 11 years.  I worked with some of the WebSphere technical sales and pre-sales teams in Basingstoke, doing desktop support and Lotus Domino administration and application design, though I don’t like to remind people that I hold qualifications on Domino :p

I then joined as a graduate in 2005, and spent most of my time working on Integration Bus (aka Message Broker, and several more names) and enjoyed working with some great people over the years. The last 8 months or so have been with the QRadar team in Belfast, and I really enjoyed my time working with such a great team.

I have done test roles, development roles, performance work, some time in level 3 support, and enjoyed all of it. Even the late nights the day before release were usually good fun (the huge pizzas helped!).

I got very involved with IBM Hursley’s Blue Fusion events, which were incredible fun and a rather unique opportunity to interact with secondary school children.

Creating an Ubuntu-based linux desktop for IBM, with over 6500 installs, has been very rewarding and something I will remember fondly.

I’ve enjoyed my time in IBM and made some great friends. Thanks to everyone that helped make my time so much fun.

Posted in IBM, My Job | 7 Comments

If you use a Linux or Unix box with bash or zsh, and you haven’t come across Liquid Prompt, then I suggest you head there right now to install it. I’m loving having more info on the status line, especially near code version control, but even having cpu load and temperature along with battery life right under where I am typing is really useful

It turns out that a raspberry pi does a very good job of being a print server for a google cloud printer. Thanks to https://matthew.mceachen.us/blog/add-google-cloudprint-wifi-access-to-your-older-printer-with-a-raspberry-pi-1342.html I can now print at home directly from my phone! 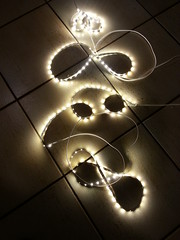 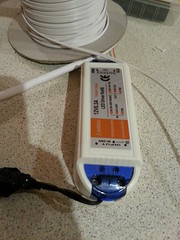 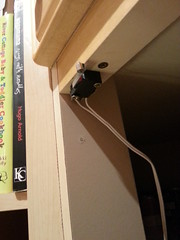 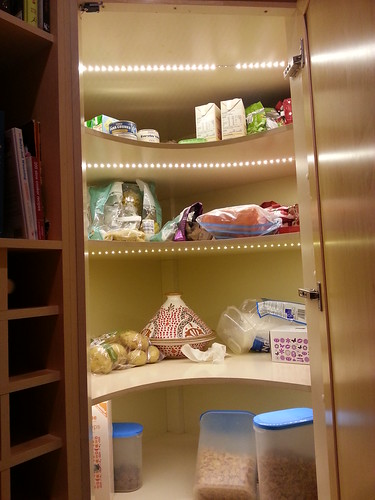